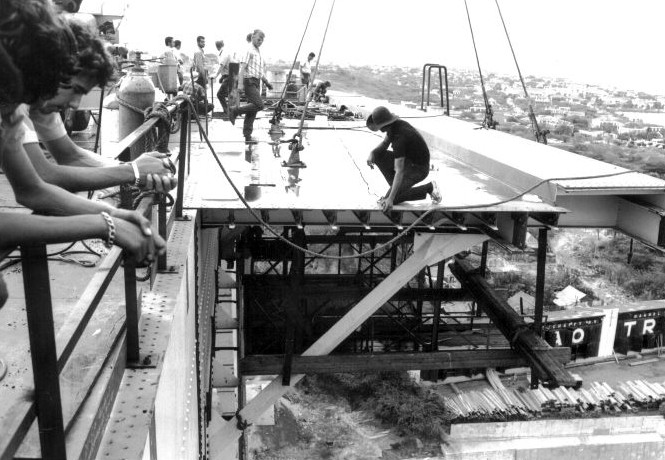 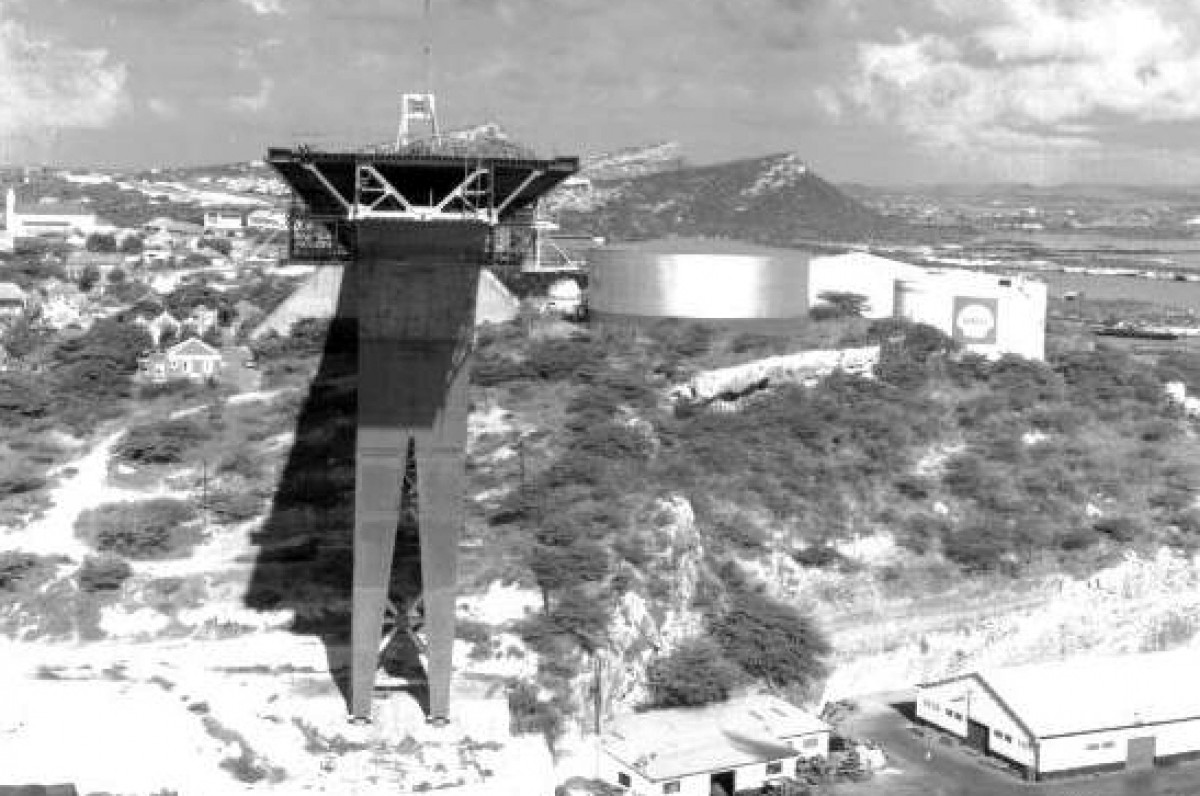 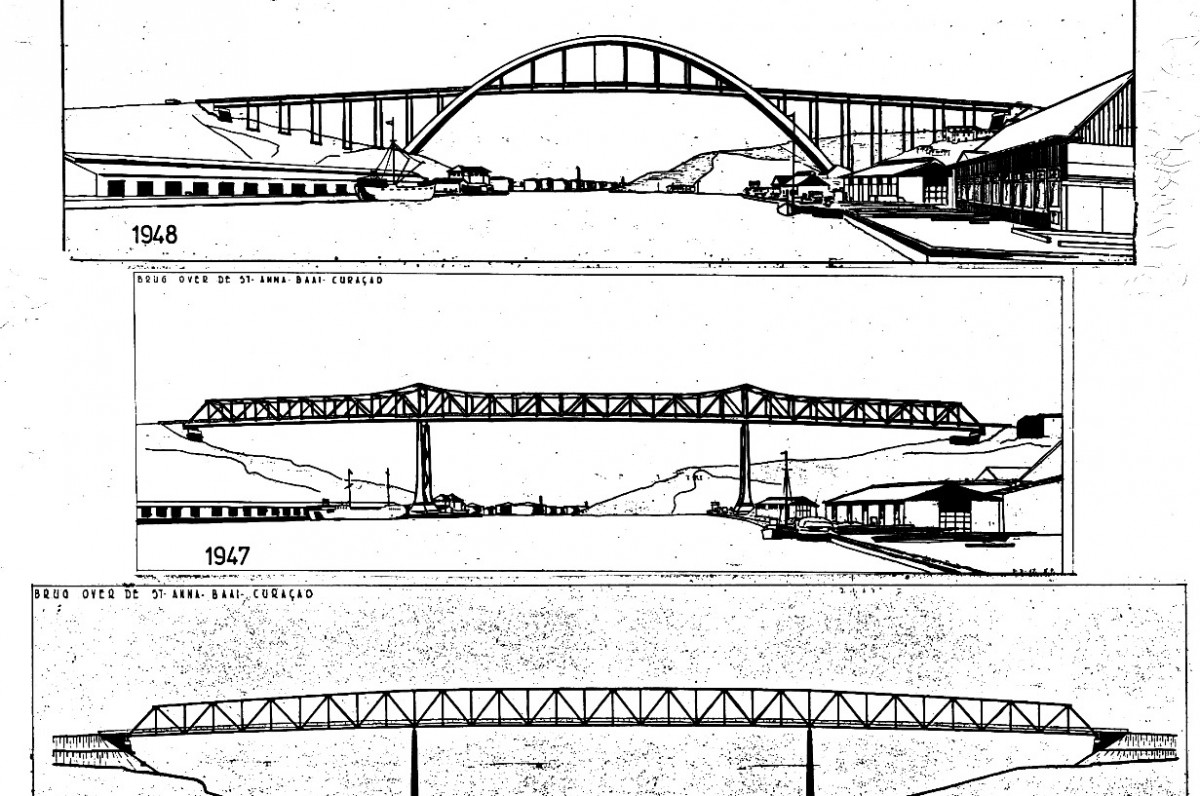 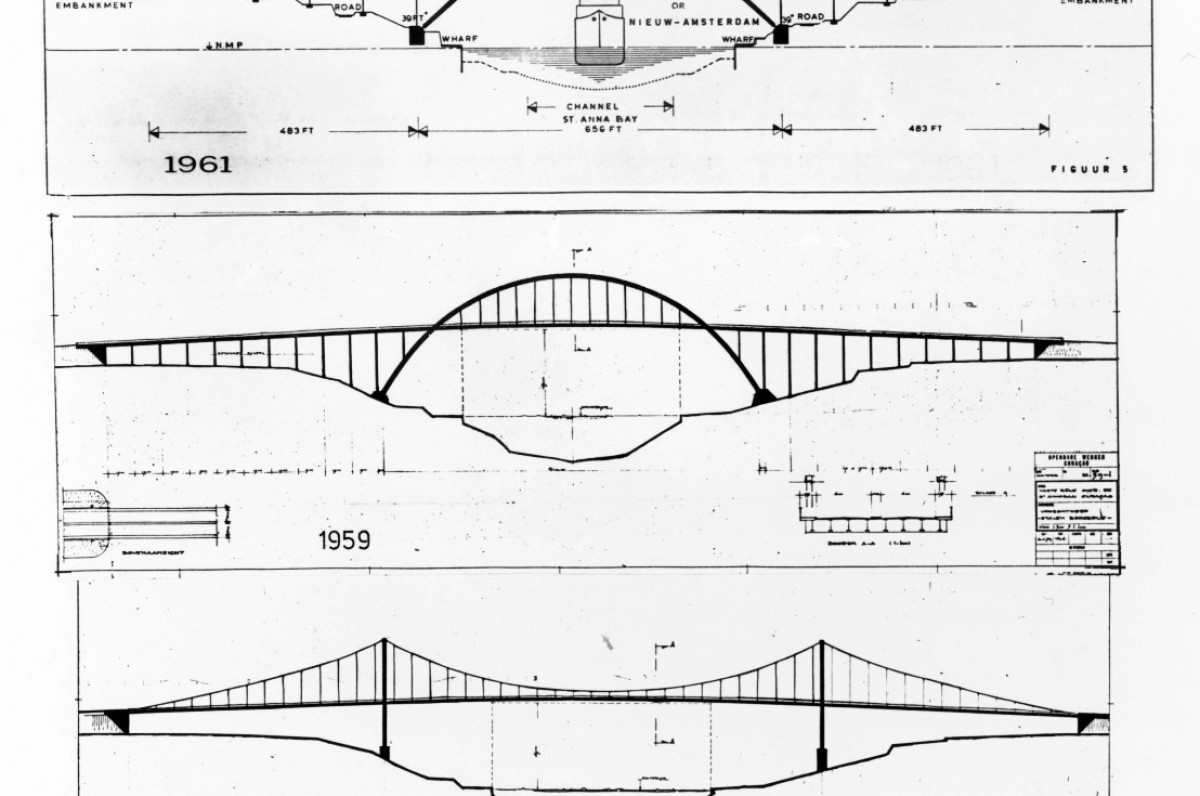 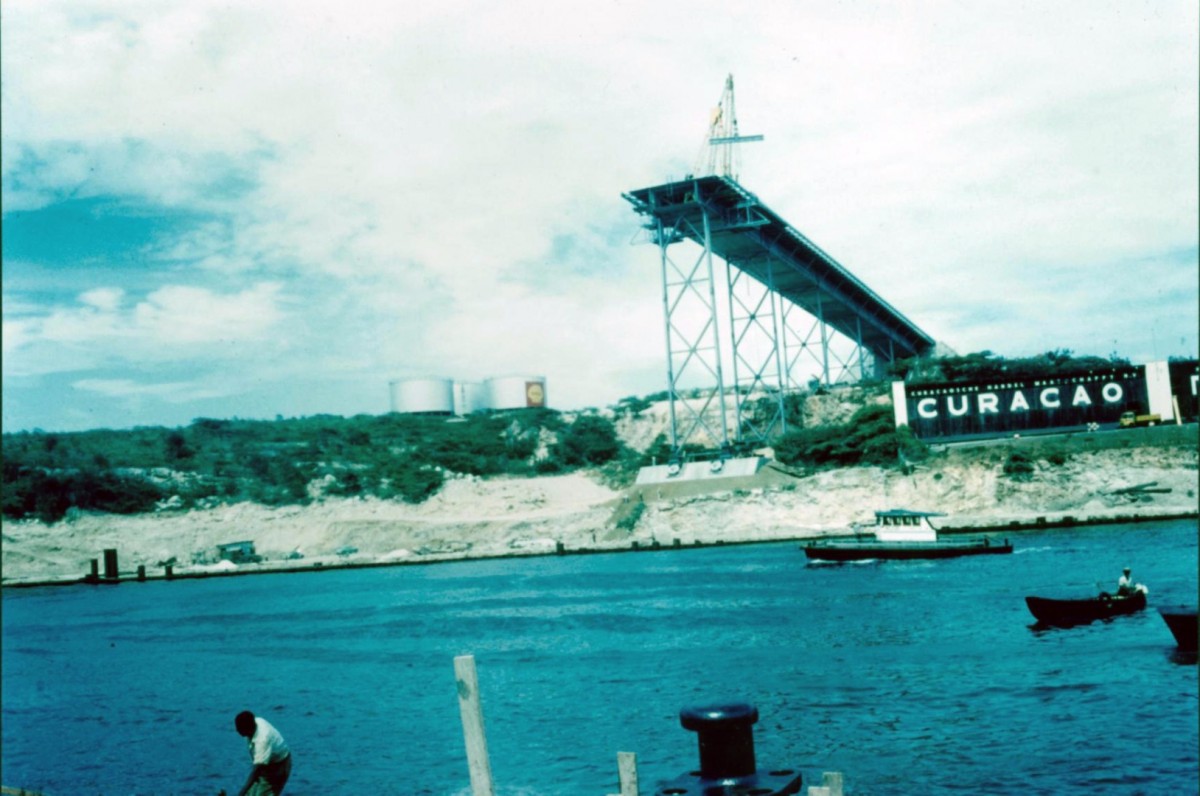 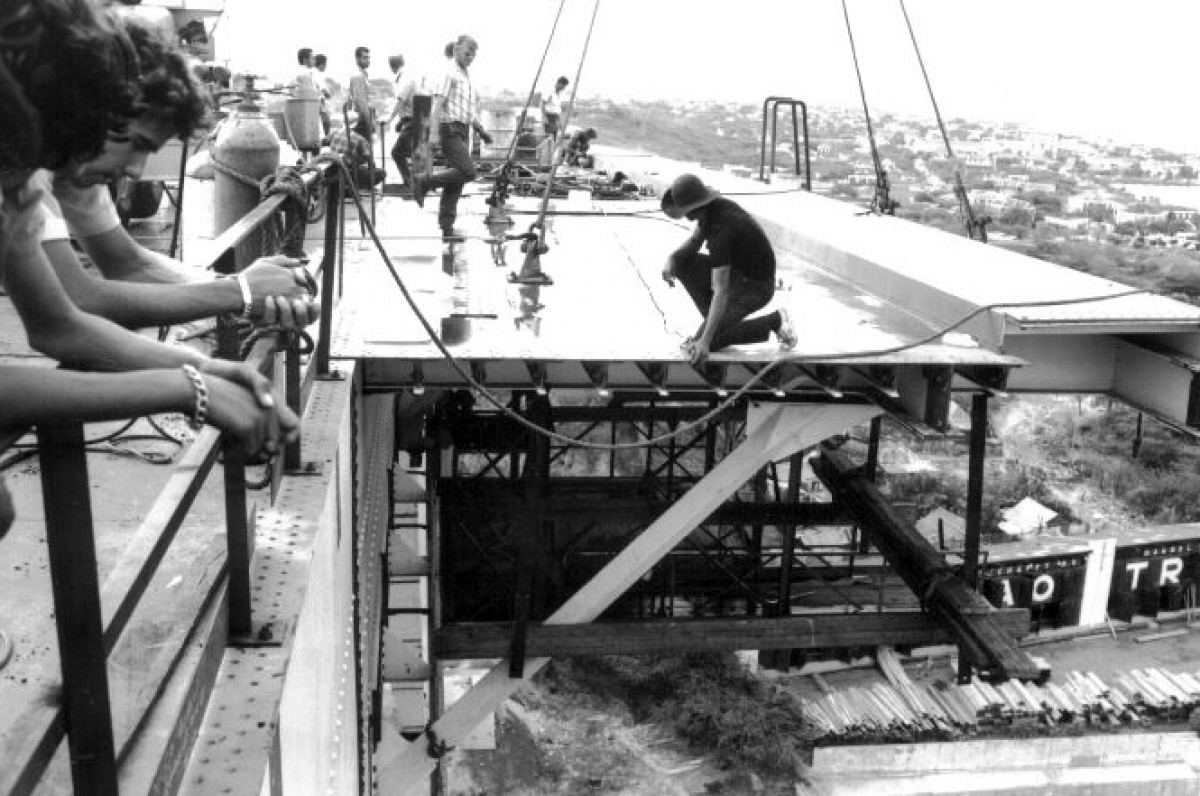 Discussions for a fixed connection between Punda and Otrobanda started in the thirties. As a result of the booming oil refinery, increased shipping and increased traffic caused serious traffic jams on “de Handelskade”. Waiting time in the traffic jam could run up to 45 minutes. Various plans for a permanent bridge over the Anna Bay or even a tunnel under the Anna Bay, were made up between 1946-1961. The picture gallery shows some designs that were made. The 1961-design was finally approved. The groundbreaking began in 1962. In 1964, the 50 steel sections were built in the Netherlands and were shipped to Curaçao. After construction of the concrete abutments, the mounting of the steel sections began in 1966. Construction started with the 25 sections on the Punda side. When applying section 23, the construction collapsed on November 6, 1967. 1600 tons of steel came thundering down, partially in the Anna Bay. The bridge had collapsed. 15 bridge builders had perished in this disaster.

After an inquiry into the causes of collapse, the rebuilding started in 1969 and finished in 1972. Roads and additional works were completed two years later. The bridge was opened to traffic on March 2, 1974. The official opening took place on Queen's Day, April 30, 1974.